Estimation and Inference for Changepoint Models 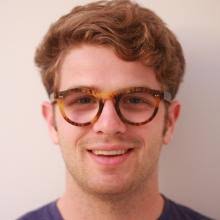 This talk is motivated by statistical challenges that arise in the analysis of calcium imaging data, a new technology in neuroscience that makes it possible to record from huge numbers of neurons at single-neuron resolution. In the first part of this talk, I will consider the problem of estimating a neuron’s spike times from calcium imaging data. A simple and natural model suggests a non-convex optimization problem for this task. I will show that by recasting the non-convex problem as a changepoint detection problem, we can efficiently solve it for the global optimum using a clever dynamic programming strategy.

In the second part of this talk, I will consider quantifying the uncertainty in the estimated spike times. This is a surprisingly difficult task, since the spike times were estimated on the same data that we wish to use for inference. To simplify the discussion, I will focus specifically on the change-in-mean problem, and will consider the null hypothesis that there is no change in mean associated with an estimated changepoint. My proposed approach for this task can be efficiently instantiated for changepoints estimated using binary segmentation and its variants, L0 segmentation, or the fused lasso. Moreover, this framework allows us to condition on much less information than existing approaches, thereby yielding higher-powered tests. These ideas can be easily generalized to the spike estimation problem.