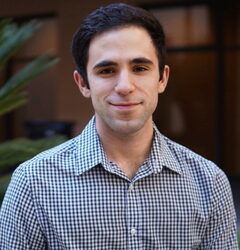 We consider the problem of estimating a low-dimensional parameter in high-dimensional linear regression. Constructing an approximately unbiased estimate of the parameter of interest is a crucial step towards performing statistical inference. Several authors suggest to orthogonalize both the variable of interest and the outcome with respect to the nuisance variables, and then regress the residual outcome with respect to the residual variable. This is possible if the covariance structure of the regressors is perfectly known, or is sufficiently structured that it can be estimated accurately from data (e.g., the precision matrix is sufficiently sparse).

In this talk, we consider a regime in which the covariate model can only be estimated inaccurately, and hence existing debiasing approaches are not guaranteed to work. When errors in estimating the covariate model are correlated with errors in estimating the linear model parameter, an incomplete elimination of the bias occurs. We propose the Correlation Adjusted Debiased Lasso (CAD), which nearly eliminates this bias in some cases, including cases in which the estimation errors are neither negligible nor orthogonal. We consider a setting in which some unlabeled samples might be available to the statistician alongside labeled ones (semi-supervised learning), and our guarantees hold under the assumption of jointly Gaussian covariates. The new debiased estimator is guaranteed to cancel the bias in two cases: (1) when the total number of samples (labeled and unlabeled) is larger than the number of parameters, or (2) when the covariance of the nuisance (but not the effect of the nuisance on the variable of interest) is known. Neither of these cases is treated by state-of-the-art methods.

Based on joint work with Andrea Montanari.