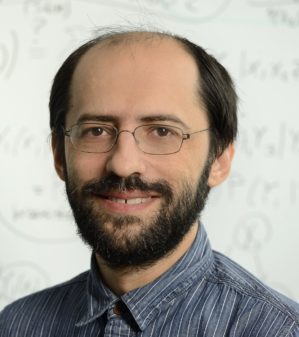 Interventionist causal inference quantifies cause effect relationships as functions of potential outcome random variables. In simple models, causal parameters of interest are identified by variations of the functional known as the g-formula, and estimated using parametric and semi-parametric frameworks for statistical inference. Identification by the g-formula, and subsequent estimation methods in fully observed models have a clean interpretation in terms of the Markov factorization with respect to a directed acyclic graph (DAG).

I show that this interpretation may be extended to arbitrary hidden variable causal models using a more involved nested Markov factorization with respect to a directed mixed graph. This view leads to a simple characterization of non-parametric identification for many parameters in causal inference, including causal effects, direct, indirect, and path-specific effects, responses to counterfactual policies, and many others. In addition, the nested Markov factorization avoids certain paradoxes associated with causal nulls, and leads to well-behaved model likelihoods that avoid making assumptions on unobserved variables, while capturing the structure these variables induce on the observed marginal distribution. This structure takes the form of all equality constraints induced by the hidden variable model, including conditional independences and “Verma constraints.” These restrictions may be used to make statistical inference more computationally tractable via probabilistic calculation procedures that generalize variable elimination algorithms in machine learning.